Skip to content
Home  /  Cross Angle Ministry Blog  /  Blog  /  Have You Walked in the Recesses of the Deep? 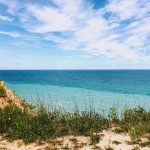 The book of Job is an amazing collection of dialogues between the creator God and a man named Job. God asks him many questions throughout the book. One that is a standout to me is founded in Job 38:16: Have you journeyed to the springs of the sea or walked in the recesses of the deep?

The Hebrew word for deep used in that verse is the same word used for oceans. How could the writer of Job know about the depth of the oceans? There was no oceanic explorations or data for him to state his claim on. It was not until 1973 that scientists were able to explore the recesses of the deep. Today we know that there are canyons in the oceans as deep as 7 miles. It was God who revealed this truth to the writer of Job.

Unlike the oceans of this world, the recesses of the Word of God are bottomless, eternal and never ending. The deeper we dive the more we understand we must go deeper still. In Romans 11:33 Paul proclaims, Oh, the depth of the riches both of the wisdom and knowledge of God! How unsearchable are His judgments and unfathomable His ways!  I believe that statement took Paul’s breath away as he realized there’s no way to measure the recesses of God’s deep ocean of truth.

Simply dipping our toes into the surf is not enough. We are to walk beyond the breakers into the recesses of the deep knowledge and wisdom of God’s word.

How unsearchable are His judgments 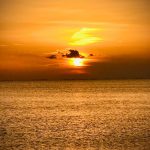 and unfathomable are His ways!