Over the last ten years we have met many workers who have come and gone at Quiet Corner. Gourab began working here over two years ago. His parents sent him all the way from Orissa at the age of 17 to work at QCI. He is a quiet boy. He is respectful and always willing to help if you ask. His smile can brighten up a room! He lives in Staff Housing. I’m not sure if or when he gets to go home to visit his family. In a way, QCI is his family. Gourab’s parents are Christians. However, in many parts of India Christianity is a generational inheritance rather than a sincere commitment to follow Christ. That is the background Gourab is from.

On Sunday night Gourab met with a motorcycle accident. He skidded on a sandy road. The motorcycle flew one way and Gourab flew the other, landing in a ditch. He suffered bruises, cuts and skin abrasions but no head injury or broken bones. The motorcycle did not fare as well! He was taken to the government hospital to be checked out. They dressed his wounds, gave him a shot for pain and sent him back to QCI. On Monday he felt the full impact of his injuries. He was in so much pain that he could not walk without help. Guna and I took him back to the doctor to have his wounds checked and make sure there were no fractures. They redressed his wounds and gave him antibiotics and painkillers. I told him that he must rest and give it time. I also told him that the God of the Bible had spared him from serious injury. 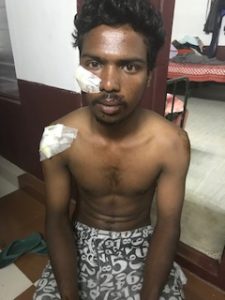 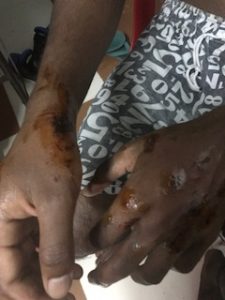 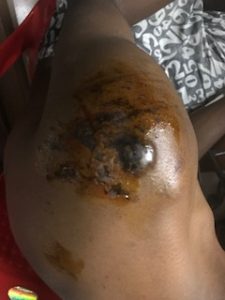 Monday night after dinner he was walking near the Lake Country Patio. I told him that we were thanking God that we was not dead. I asked him, “If you had died, do you believe you would have gone to heaven?” His honest reply was, “I don’t know.” Sal and I began to explain to him that he could know for sure that when he dies he would go to heaven. We slowly and carefully explained the good news of salvation to him with the help of Guna translating. Another worker, Sonu, also joined us. Gourab fully understood the free gift God was offering him. We led him in a prayer asking Jesus to come into his life.

We charged Guna and Sonu to pray and read the Bible with him daily. Last night as we ate our dinner on the patio, Guna came and asked if we could meet with all of them before we went back to our room. We sat together, read the Scriptures, shared our thoughts and prayed together. Gourab prayed in his own language for over five minutes. We have no idea what he was saying but his words seemed to be flowing out of a heart filled with gratitude for what God has done for him. He has already called his parents and told them that he prayed to receive Jesus. Only 24 hours and he is bearing fruit already.

We leave QCI next Tuesday. Gourab is left in good hands with friends like Guna and Sonu. They have committed to mentoring him. Not sure what will become of Gourab. He is barely 19 years old. But one thing is for sure. God has a plan for his life. His journey is only beginning.

The motorcycle was just a vehicle God used to take Gourab from here to eternity.